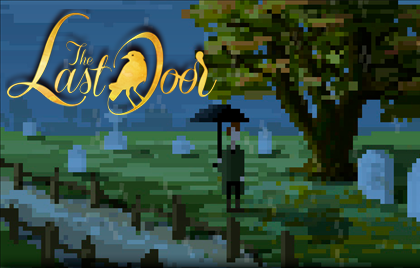 Game Troopers is proud to announce that the long awaited horror title, The Last Door, is publicly released in the store as a Universal Windows App. It is an episodic point-and-click adventure game, where the player takes control of a character and moves him through various locations. They have to pick up items, combine them, and use them on certain objects within the game world to forward the story. Furthermore, the player has to solve some puzzles in order to advance in the game.Jeremiah Devitt receives a mysterious letter and starts to look for his childhood friend. Finding the clues to his whereabouts, he unravels the terrible situation in which the inhabitants of the great manor were living, and the truth about his owner. After discovering the dark secrets that lie within the manor, he proceeds to unravel the mysteries of a secret society he unwittingly was a founder of many years ago.The Last Door will captive you since its absolutely stunning presentation, which you didn’t expect from a game that used pixelated graphics. Do you remember when you were a kid, lying in bed, and distorted shadows in the dark became monsters in your thoughts? That is how The Last Door executes its visual horror. By using the pixels to its advantage, it can hide strange shapes in the shadows and leave the horrific imagining to you.The game was originally funded by a Kickstarter campaign, and has been awarded with several prizes: ArtFutura, Indie Burger Developer Awards and Gamelab nominations, among others. Don't miss the opportunity to download the game for only $2.99 from this link (https://www.microsoft.com/store/apps/9wzdncrcwk5d). You will be delighted and terrified at the same time!As a reminder, you can purchase the title for Windows Phone or Windows, and you will have it automatically in both platforms. This is the magic of Universal Windows Apps! Additionally, the game is supporting 512MB devices, so you don't have excuses to not download The Last Door.