HomeNews
We are proud to announce that our next VR game, Overkill VR will be released on 16th November 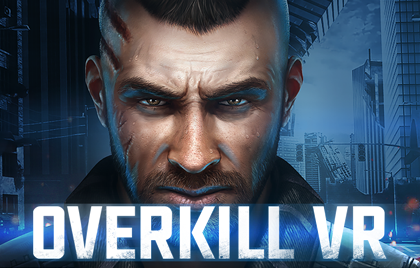 We are proud to announce that our next VR game, Overkill VR will be released on 16th November

Have you ever wondered how some heroes feel like John Connor, Gordon Freeman, or any resistance leaders in the heat of the battle? Discover it by leading the resistance in Overkill VR, the new VR shooter available for HTC Vive. Overkill VR starts its Early Access on Steam VR next Wednesday November 16, 2016 to show how it feels to lead a soldiers group confronting “The Faction”, a sect that try to subject the people in their interest to increase their powers. Available exclusively for HTC Vive, we empower the leader of the resistance in his quest to free his people. At our disposal, we have many weapons available, (8 of 30+ in the release) from basic weapons like the Mk22 or the well-known SMG MP5, to super-powered futuristic firearms like the KRISS Vektor. The Overkill VR Early Access has been divided in 4 big updates where the game will offer new packs of content, trying to offer the equilibrate amount of fun hours to players that engage this new VR experience. The development team of Overkill VR, Starloop Studios, will launch updates every 3 weeks. On Overkill VR Steam page there are some screenshots that show different levels, some from the Early Access version 1 and others still to come, besides a stimulating trailer where work in progress can be seen. The game costs $19.99 in a one-off payment for the whole game. Tons of add-ons, like guns, skins, for those who look out for customization for a small price extra price. Starloop Studios has enabled many channels to get the feedback from the users while they are playing, to evolve the development of the game the aid of the community. You can contribute to the game reviews on the SteamHub and the official website: www.overkillvr.com